Here Are the Five Best Polo Events on the African Continent

Polo is known as the “Sports of Kings” due to the fact that it is not a cheap sport to play - not everyone has the money to purchase a horse and to look after if properly. When people think of popular sports on the African continent, football is the most likely one that will spring to most minds. They are right to think football as it is a sport that Africans adore as it is a sport that can be played by anyone, rich or poor. However, not many people are aware of the fact that polo is a really popular sport across the continent. Below I will talk about the six biggest polo tournaments in Africa.

This is quite possibly the most prestigious polo tournament on the continent. The events in this competition take place in major cities such as Cape Town, Lagos, and Luanda. The continent’s biggest polo stars compete in this tournament and African polo fans that have money will often travel around the continent to watch all of the events. There is a lot of socialising at these events and, as you might have guessed from the name of the tournament, there is plenty of champagne too.

For more than ten years, UNICEF have teamed up with Access Bank in order to raise money for children in need. This is one of the biggest charity polo events in the world and mostly takes place at the Fifth Chukker Polo Club in Kaduna, Nigeria. However, it has also taken place at the Guards Polo Club that can be located in Windsor. The last tournament managed to raise an impressive $2 million for displaced and underprivileged children from the North of Nigeria. A pretty impressive figure if you ask me.

Joburg Polo in the Park

This is one of the most exciting and luxurious polo events that polo fans can attend - at this event you will see a new format of polo alongside some great hospitality. Held in Steyn City, this event is not just about polo as a sport, but also about the luxurious lifestyle that comes with the “Sport of Kings”. For this event, the original polo rules have been altered slightly and simplified a bit in order to bring all of the spectators much closer to the action - even if you have no knowledge of polo, you will be able to follow what is happening due to the simplified rules. 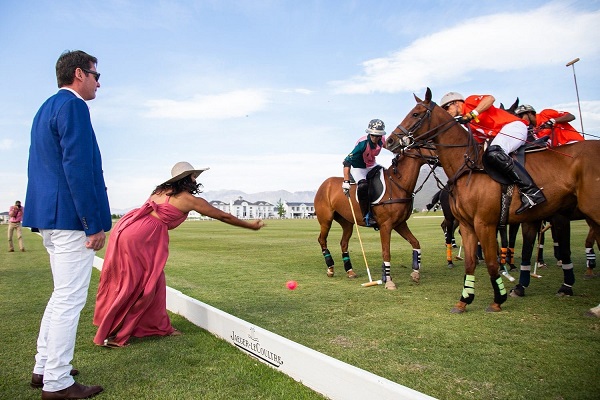 This tournament is all for an impressive cause and that is to raise as much money as possible for breast cancer. This event takes place at the Val de Vie Estate, which is located in Paarl, South Africa. As well as dedicating the day to fantastic polo games, all guests are informed about the importance of research and screening. Visitors are requested to wear pink and even the polo players will be wearing pink items of clothing to join in too. A percentage of the ticket prices will be donated to charities that help those who have been affected by this terrible disease.

This is the biggest African tournament by far - it sees a selected African team take on the South African polo team. The event takes place at the Rosefield Polo Club, Centurion, South Africa. It is the perfect event for a fun family day out. Since its inception, South Africa have taken on Kenya, Nigeria, and Zambia.